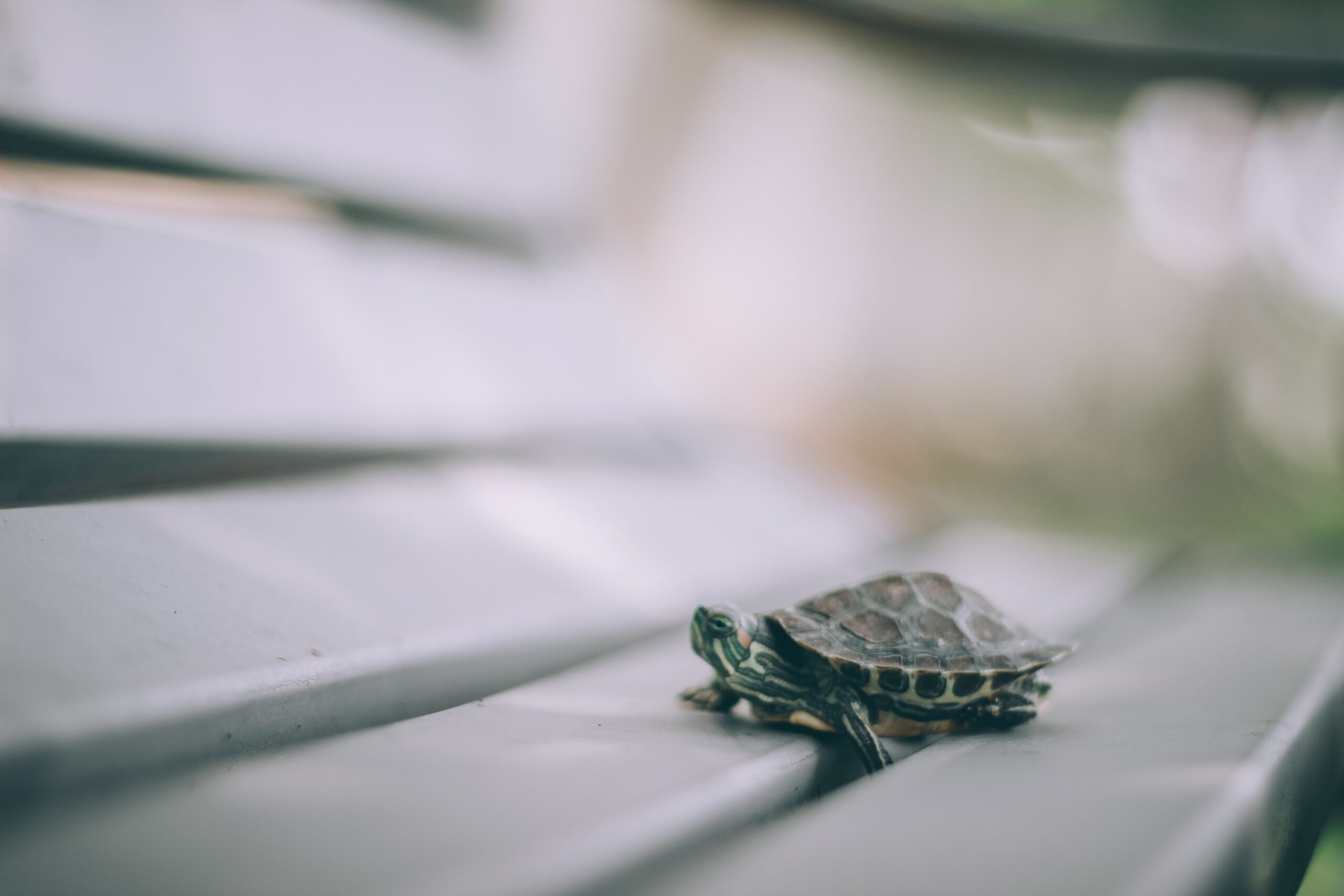 Do you remember Aesop’s fable, The Hare and the Tortoise?  A Hare was making fun of a Tortoise for always being so slow.  “Do you ever get anywhere?” he asked the Tortoise with a mocking laugh.  “Yes”, replied the Tortoise, “and I get there faster than you think. Let’s run a race and I will prove it to you.”

The race began and soon the Hare was far out of sight.  But just to make the Tortoise feel ridiculous, the Hare decided to pause and take a nap beside the course until the Tortoise caught up.  The tortoise kept going slowly but steadily and then passed the place where the Hare was sleeping.  And as the Tortoise got near the goal line, the Hare tried to sprint to the end but could not overtake the Tortoise in time.

The moral of the story: “The race isn’t always won by the swiftest”. But our society appears to value “instant success”.  Or maybe it just seems that way to us.  We watch as the star player on the tennis team gets a full scholarship to a prestigious college.  Or one of our friends whose relationships last only a few months and each guy is more fun and better looking the last!

So are the “Tortoise-like” qualities of steadiness, persistence, and commitment overlooked and undervalued?  It is only if you allow yourself to believe it.  Try flipping your lens.  Maybe if you take a deeper look at the star tennis player, you will realize how she had to train her mind to be “steady” to be able to win the big matches.  And then you can start to see how persistent and committed she is to her constant “drill” practices while still maintaining her grade point average.  It takes hard work but most of us only see the “glamorous” moments on Instagram or Twitter.

The same philosophy can be applied to relationships. We cannot “cram” for a relationship.  It takes slow and steady “deposits” to build up trust.  And you’ll need the commitment to work through and accept differences. It’s OK to move into another relationship but just be sure it’s for the right reasons.  And that you are not being like the Hare jumping from one to the next thinking that the grass is greener on the other side.

So the next time you get asked, “Do you ever get anywhere?” Just remember that by being steady, persistent, and committed, you will “win the race”.  As long as you also remember the “race” is over your own personal best.